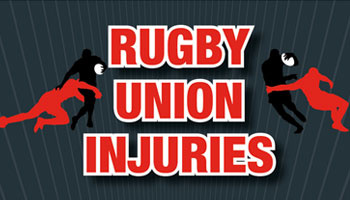 So that the RFU can take an active role in the care and rehabilitation of catastrophically injured players, it is vital that the RFU is notified of all injuries that qualify by using the RFU’s Injury Report Form.

To simplify the reporting process and ensure that the injury data collated is valid, clubs and schools need only report the following Reportable Injury Events. Wider ranging detailed injury surveillance data will be collected independently from a representative sample of nominated clubs and schools.

REPORTABLE INJURY EVENTS
These are defined as:
An injury which results in the player being admitted to a hospital (this does not include those that attend an Accident or Emergency Department and are allowed home from there).

Deaths which occur during or within six hours of a game finishing.

Clubs and schools are also required to report injuries in which artificial grass pitches or equipment such as sports goggles are involved.

REPORTABLE INJURY EVENT PROTOCOL
In the event of a serious injury which fulfils one of the above definitions, after providing immediate first aid and arranging transport by ambulance to hospital, the following protocol is to be followed:

A club or school representative must phone the RFU Injury Reporting Helpline 0800 298 0102, or email SportsInjuriesAdmin@rfu.com as soon as the seriousness of the player’s condition is confirmed and certainly within 48 hours of the game or training session.

In the event of a potentially catastrophic injury or fatality the RFU Injured Players Foundation (IPF) will be notified and will get in touch with the club and/or player (or their family) to confirm the injury and any immediate welfare needs.

You will be asked to complete and return an injury report form.

The club/school must notify their insurers.

Record witness statements. Where a potential insurance or personal injury claim may arise, clubs and schools are advised to retain on file witness statements. These statements must confine themselves to the facts and not include opinion, hearsay or apportion or infer blame. They must be signed and dated by the person making them.

For information and support on how to deal with a serious injury is available:

The RFU recommends that all clubs and organisations running a rugby activity keep a record any incidents both on and off the pitch.

On the pitch it is good practice to provide first aiders with a book in which to record incidents which required their attendance.